In this tutorial, we are going to make a simple Typing Speed Test with Python and its built-in UI Library Tkinter. The user has 60 seconds to type as many words as possible, and after that, we show how many words were written.

Below you see how a mock-up of what the UI might look like, there will be a counter which tells the user how much time has gone by, and the part where he writes will be split in two.

On the left are the letters/words that already have been written, and on the right, we see the letters that will be written. We always want the user to type the letter which is currently on the left of the gray letters so that letter moves over.

You also see at the bottom the letter o Indicating that the user has to type it now to continue. 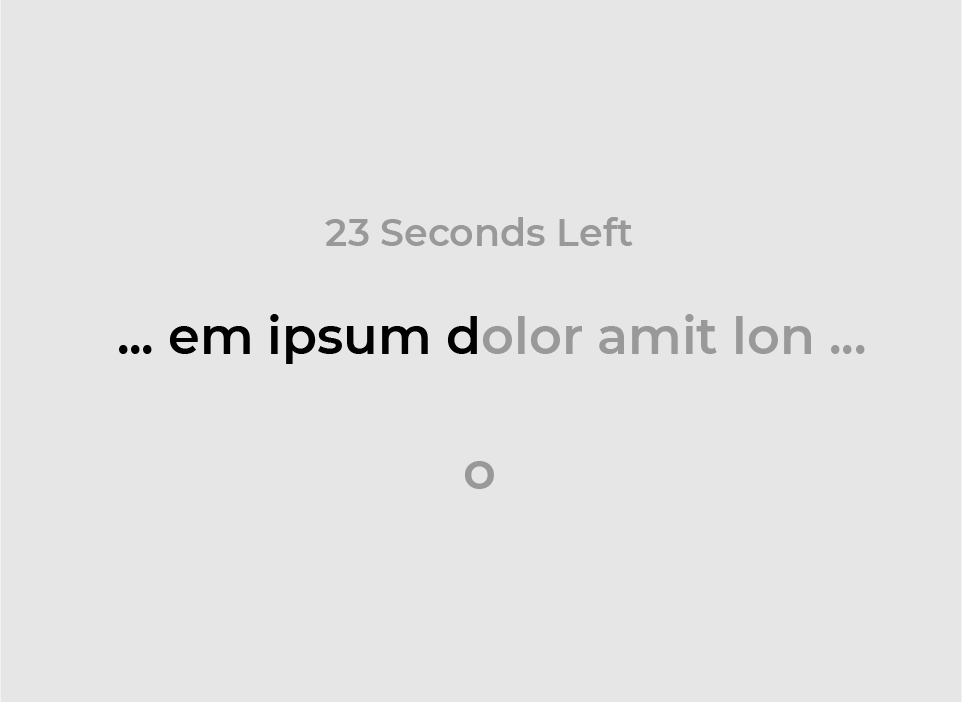 After the 60 seconds have passed, we will switch the screen and show the user how high the WPM (words per minute) is, and we also make a restart button so the user can try it again without restarting the program itself. 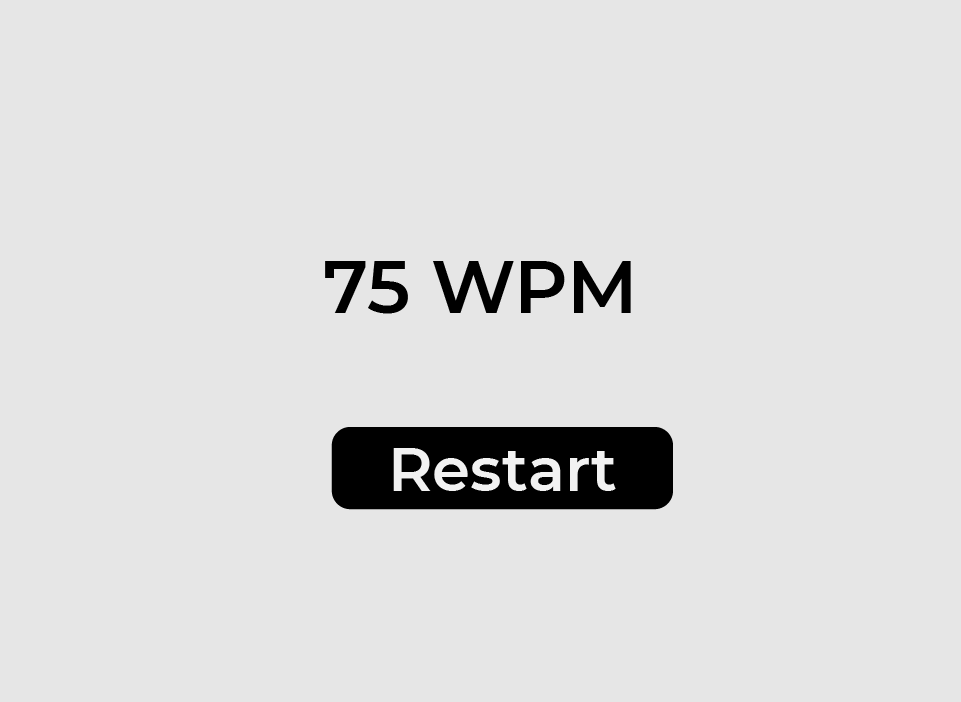 Let us get started!

Because the Tkinter windows always look pretty bad by default, we import ctypes Which allows us to detect the dpi of our computer and so the window looks better.

This is done with the function in the last line. The last thing we import is the random Module because later, we will have a list of texts that are randomly chosen.

Let’s start with setting up the Tkinter window. Here we start by making a new Tk() Object, and we save it to the root variable. We then set the window title and window dimension with its title() and geometry() Methods, respectively.

In the last two lines, we set the font for all Labels and Buttons with the option_add() method to be the mono font Consolas In size 30. It is important that we use a mono font so the letters are always in an orderly fashion because with other fonts, they would jump around and irritate the user.

Now we will get to the heart of the program. The helper functions do most of the work here; they display the widgets and delete them.

This function generates the widgets for the writing test, and starts the test.

In the function, we start by defining a list of possible texts, and then we choose one of the texts in the list randomly with the random.choice() function.

Related: How to Generate Random Data in Python.

That is exactly what we do in the next few lines. For either side, we make a label, save it to the appropriately named variable and place it within the window with place(). This way of positioning the widget is precise or at least more precise than pack(). We supply its relx and rely parameters with 0.5 which means that the elements will always be in the middle relative to the window itself.

The anchor argument tells it which point of the bounding rectangle will be at the coordinates. One has to be E for east and one W for west, so they are close to each other and have seamless look. We also make the variables globally available so the other functions can interact with the labels made here.

After the first two labels, we continue by making two more. One of them shows the user the current letter which has to be written, and the other one shows him or her how much time is left. We place them in the same ways as the previous ones:

Now we also set up some stuff for the keyboard and the timer to work.

The writeable variable is True if the test is ongoing, and if is False, the test will be finished. Then we bind every key event to the keyPress() function which we will later cover. The passedSeconds variable is used to input it two the aforementioned label. Last but not least, we will set our root to call the stopTest() function after 60 seconds and to call the addSecond() function after one second. This is done with the after() method of our root:

Now we will look at the function which stops the test. As we saw before, this will be called by the root after 60 seconds. It will first set the writeAble variable to False. Then we calculate the number of words the user has written. To do this, we simply get the text from the left label and split it by empty spaces, and we count the length of the resulting list. After that, we destroy the labels from the test with their destroy method:

Next, we display the test result in a label and place a button to restart the test below the result label:

This function will restart the test by first deleting the result label and the restart button and then calling the resetWritingLables() function which starts the test:

This function will update what is shown in the timeleftLabel. It will simply add one to passedSeconds and set the text of the label accordingly, then it will call itself again after one second if the test is still running.

Now we get to the keyPress function; this is the backbone of the test because the key presses are processed here. That’s why it will always receive an event object containing info about the pressed keys.

We first check if the character of the event is the same as the next letter that has to be pressed, and if this evaluates to True, we delete this letter on the right side and add the same letter on the left label, so it looks like the user is typing. We also set the label for the current letter to show the right one.

Last but not least, we call the resetWritingLables function, and we start the main loop of the Tkinter window.

Below you see a showcase of the program at hand:

Excellent! You have successfully created a typing speed tester using Python code! See how you can add more features to this program, such as random starting points, more text, or adding a typo calculator where you allow a typo but calculate it in the end.